CLOSER TIES is now ready to play and is being shared to the world as of today! Take a look at the bottom of this post for links to rules and the trailer

It’s been quite a journey making this game. BAGEL and I had wanted to make a maze game for most of 2019 and after the flurry of creative action in Athens we were ready to go!

CLOSER TIES began as a seedling idea that took place in the city - in a green space, square, or any area that a small group of people wanted to explore. Designed for a group of friends, the game was originally all about**discovering your connection to an urban space and sharing that connection by building a path for your fellow players to follow. Its key physical element was the use of yarn to create this path, touching and twining around objects and landscape to help your friend share in what you were feeling/thinking. We we really interested in what the feel of the yarn would do and what players would do with it and each other. We were ready to test this idea in March, had booked a slot at the Waterloo Festival in London for June and then the Corona pandemic forced the lockdown.

We sat, we pondered; was it worth it to pause the whole project, wait until the city opened up again and try later? Was physical presence essential to our design or was there another way to explore connection to space and each other? Could the game survive a change of venue from ‘real’ to ‘digital’?

BAGEL found an online, open-source platform, MOZILLA HUBS. We decided to make a virtual recreation of a local green space in our neighborhood, Manchester Gardens. We took photos of the garden, recreated it in Unity and uploaded it as a free to access room in MOZILLA HUBS. 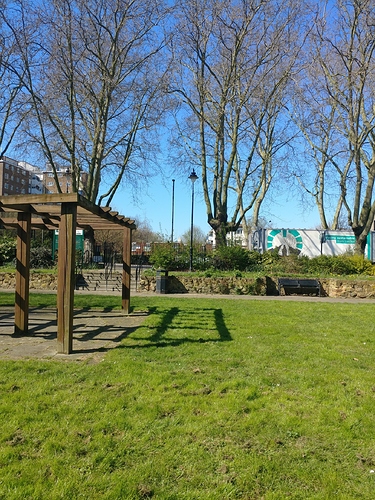 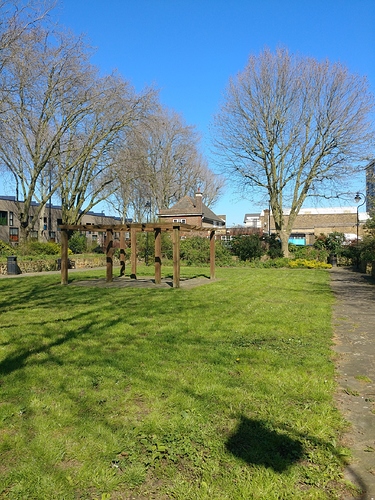 BALLOON suggested a guided Applied Theatre approach. Instead of making a yarn path, we used the image and text tools in Mozilla Hubs, asking players to build a collective image gallery in response to the virtual recreation they find themselves in, and then participate in a co-create treasure hunt. When playing in the virtual garden, it would make us recall not only the ‘real’ Manchester Gardens, but other green spaces we’d experienced in our past. Would others feel the same way? Time to playtest!!! 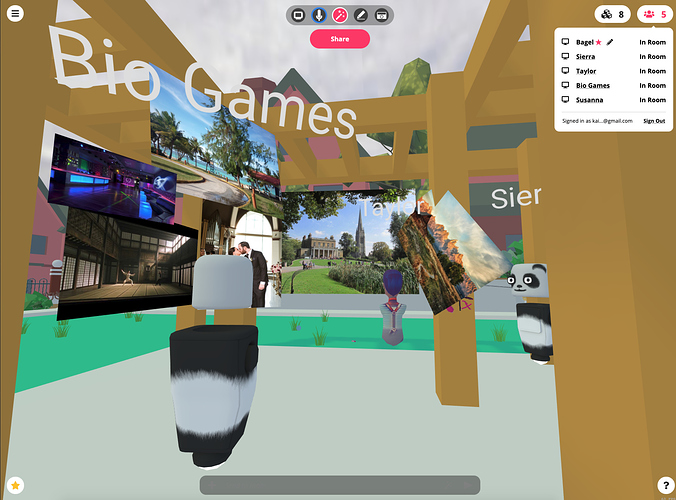 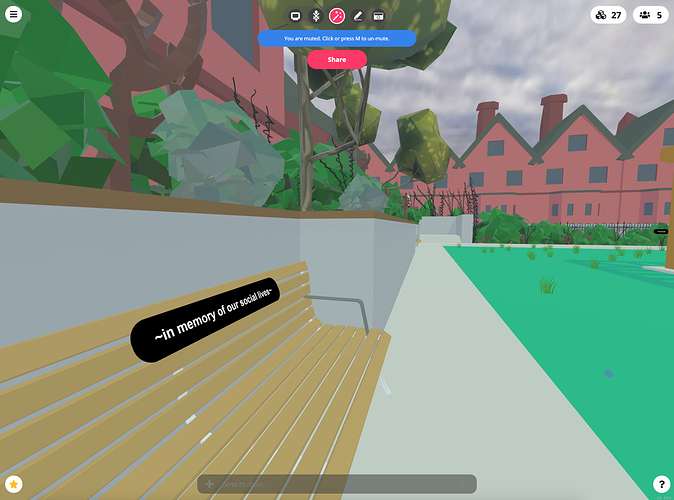 During our playtest, despite problems with internet connection, players onboarded well and learned the tools with minimal difficulty. Some players expressed surprise and happiness that they were doing something ‘unexpected’ in a virtual space that didn’t follow the normalized patterns of activity one would expect online. It was also really neat to see how players wanted to populate the world with their own imagery and text, leading us to change the ending of the game in the next design phase. Some dark humor, depending on your perspective, emerged as well, when one player brought a picture of Corona virus into our world. 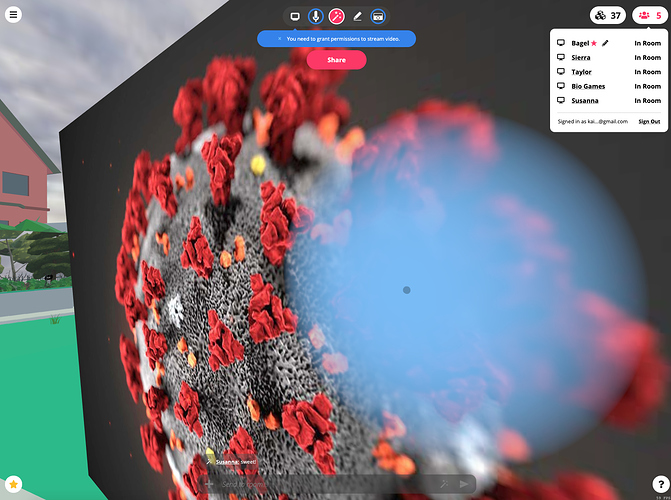 In the end, we were able to overcome our grief at losing the physical intimacy of our game and shift to a digital platform. This was due to BAGEL’s design skills and BALLOON’s adaption, plus the serendipity of what one can find during a playest.

We’ll be running the game every 2nd Monday starting May 25th @7pm London BST for anyone who wants to join! Keep in touch on our website for details.

Thank you to: Trust in Play - the European School of Urban Game Design - funded by Creative Europe, Goethe Institut, Technopolis, our playtesters, Nomadic branch, everyone in the heavenly Oct.2019 Trust in Play cohort, Matteo, Natalia and the mentors, the whole team!! - thank you for making the journey of CLOSER TIES possible!

So flattered to be mentioned here <3 I will test it out this week and let you know how it went. Kudos, girl!

Nice! I’d love to join the game on Monday