I am happy to announce the release of a meeting. In the form that it is now you have to download, print and cut out the cards by yourself. It is completly playable and enjoyable as it is now if you take the time to produce the cards yourself. In the following weeks, however, I will work on producing actually packs of the game that you can order. Once the packs are here I will let you know, and then I can ship a pack to you if you like.

From the start I wanted to create a game, or rather a tool, that enables the players to explore both the relationship between them and the relationship with their environment. And I wanted to do this in a way that was questioning the way we interact with each other. I also felt drawn to creating something tangible, something you can hold in your hands, so I decided to work with the form of cards.

Instead of creating a set of rules that defines how the game runs, I wanted to provide more freedom to the players to decide on what there experience is going to be. In that spirit the cards should function more as a meta-framework, a tool that guides the process of creating an experience rather than simply guiding the experience directly. Nevertheless, the cards should be easy enough for people to pick up even if they do not have a lot of experience in designing experiences.

My first step then was to dismantle a meeting of people into several components: the activity, the place, the duration, and a way of doing it. Each of these components function as a paradigm of a meeting, and the key mechanic of the cards would be to define at least one value for each paradigm. The cards would be divided according to these paradigms, each having their array of different options.The freedom of the players then would come by deciding on combinations.

A major insight after the first playtest (read about it here) was that cards that were more open to interpretation worked best. This was especially true for the time- and place-cards. I completely reworked the cards of these types to make them fit that insight.

At the same time of the first playtest, the Corona-lockdown came into effect. Most of the activity-cards were aimed to be played outside or they included some sort of touch. My first reaction was demotivation, creating an urban game where people meet felt strange when the new guidelines asked everyone to stay at home and see nobody. It is here that the regular meetups of the Nomadic Branch proved essential for me. Not only was feeling down okay, but eventually experiencing a community of people who were struggling but kept trying reenergized my motivation to look for other solutions.

I then started to compile a set of cards that was not necessarily aimed at public space anymore, but that could also be played inside an apartment with the people living with you. I run more playtests with this new design, also testing how well the manual for the cards worked. The result of these playtests is the game in its current form.

Here is the trailer:

To see the cards and the manual visit my personal website.

I want to thank everyone who has supported and motivated me on this path, especially the people who have taken the time to playtest the cards and taken their time to share their experience with me. Much love <3 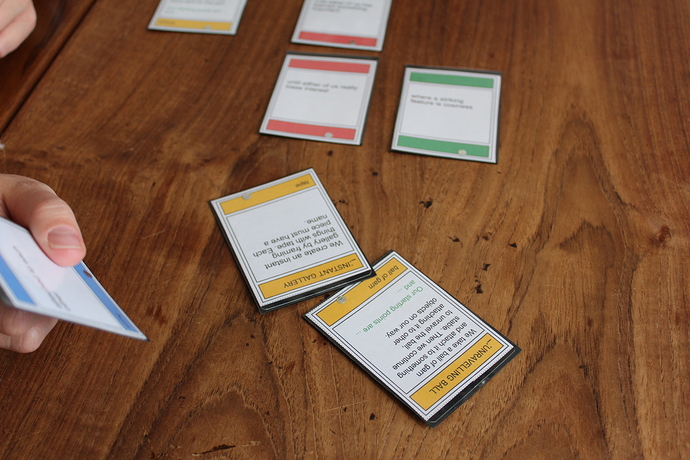 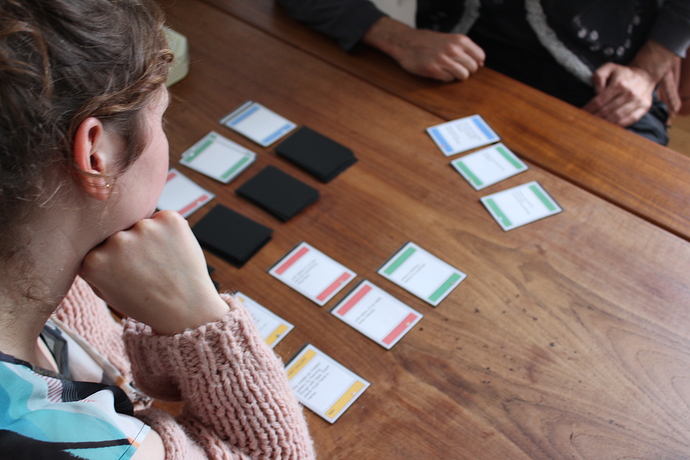 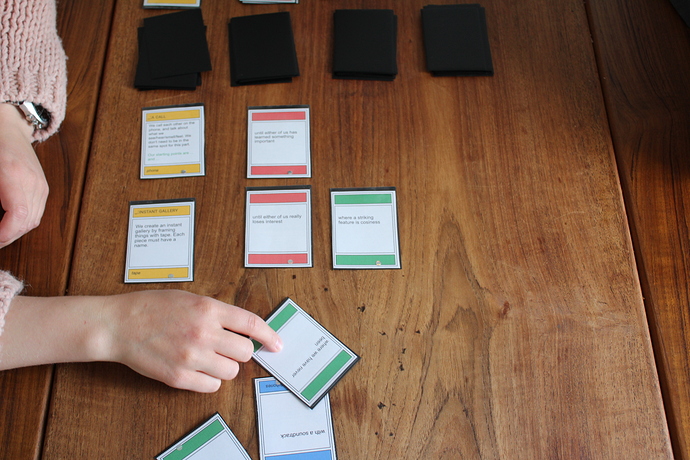 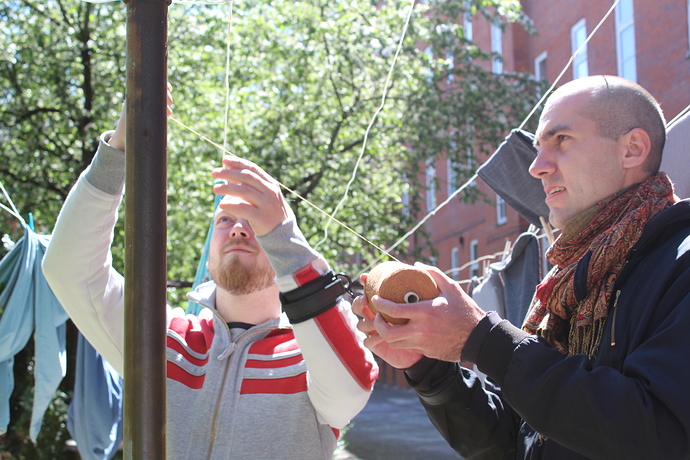 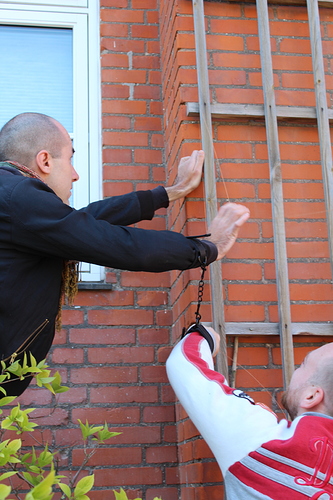 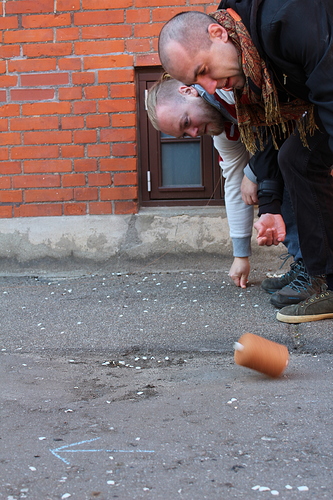 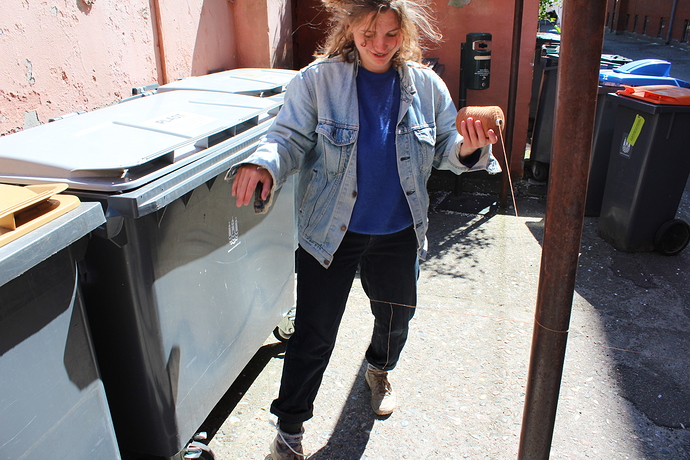 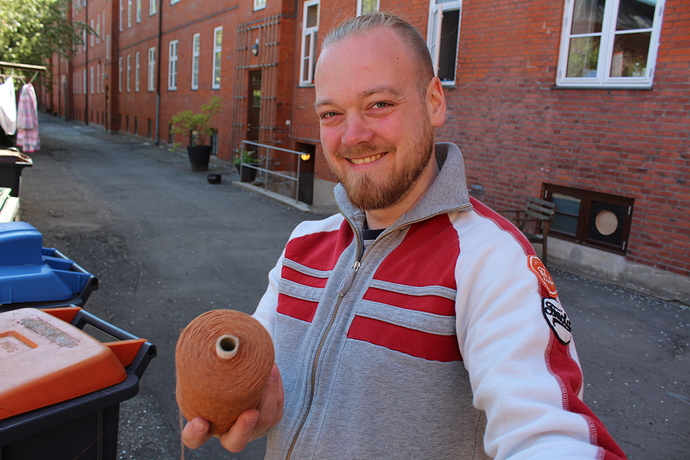 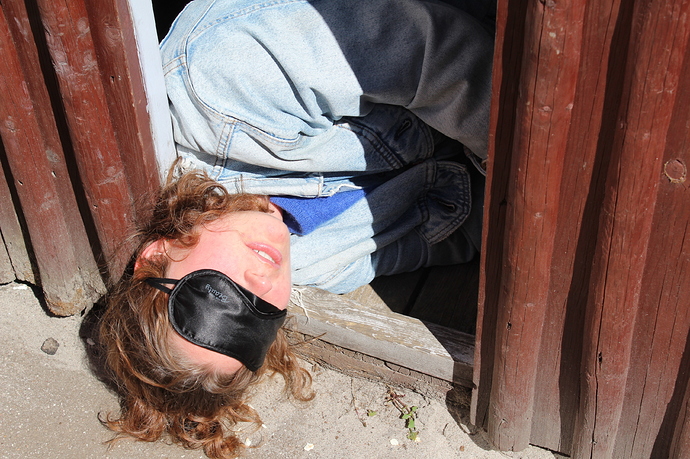 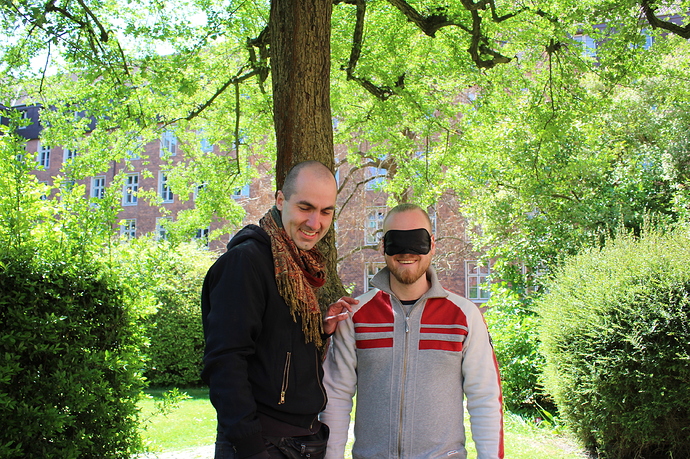 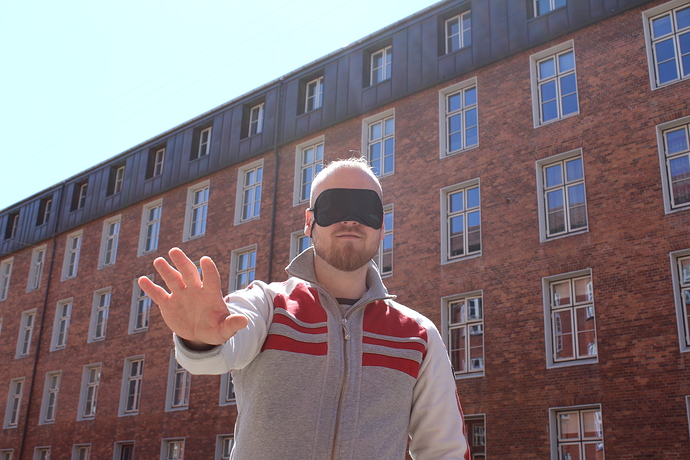 This is looking great, can’t wait to play! Sorry I never managed a playtest - we don’t have a printer in our house and all the print shops are closed, so the cards were a bit of a struggle. I’d love to order a pack of cards from you once they’re made though.
… And I really like how we as viewers end watching the trailer by being blindfolded!

Games on the streets of Berlin are back