What is an ARG (personal experience) 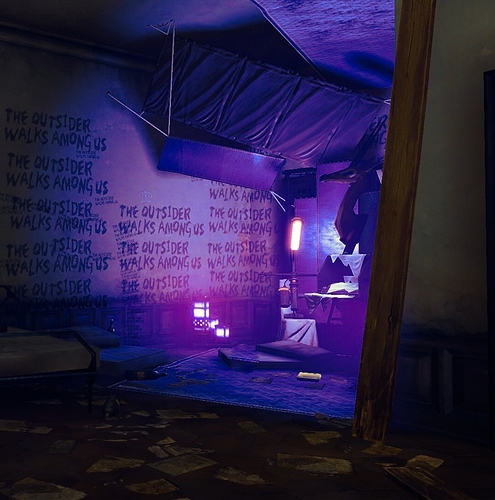 The first time I fell upon an A.R.G. was merely ten years ago.
I was returning from my all-day-care school. Being old enough, I have earned the right to walk back home alone, although my parents would still pester me with the occasional “don’t trust people you don’t know” & “just come right back home”.

Right next to my school, just five minutes away from the (back then, not yet burnt) forest of Imitos, was a little shady game shop called “Game Planet”. It had interesting, glimmering neon purple and green lights - probably to attract customers, since it was pretty far away from any kind of central place.

Now, many of the other kids would play Yu-Gi-Oh during the breaks, kickstarting card fights and tournaments just about everywhere, and I was more than enthusiastic about joining the club, so, that day, I decided to enter Game Planet and see if I could buy my first deck, or metal card box - since it looked to be that kind of a shop.

Reaching the doorway, there was some kind of ambient drums music playing from the inside, and I could hear the voices of at least a dozen people, so, thinking it was some kind of big-boys tournament, I opened the door and slithered inside. What I saw was, more or less, close to the photo uploaded. A set of toothy wooden planks, candles burning, and people dressed in cheap robes chanting and doing some kind of ceremony.

Ι stayed still, just enough to be noticed by a guy, who, approaching me, asked me “Hey, what are you doing here?”. I opened the door and started running. For the next years, I would avoid Game Planet, conciously taking the long way home, in fear that the guy, or someone from inside would recognize me.

It wasn’t until I got into the RPG sphere that I met the guy again in an rpg club. Not remembering me, he introduced himself as the owner of Game Planet and, after a few sessions, called me over to a “group” of his, that played some kind of complex urban game. Led by curiosity, and the desire to scare away the ghosts of my childhood, I joined.

For the next months I noticed satyrs quickly moving in Acropolis, strange rituals and initiations taking place, year old stone artifacts being given to people, and even full-night-camped next to a campfire, where some kind of strange deer-like creature approached the camp, just to sprint away when we tried to light it up with our mobile phones. Some of the happenings have even be caught-up by the media, but most of the have been buried under the radar, thought to be public jokes. I still have an article from the magazine “Third Eye” though, talking about faun-like creatures living in the caves of Acropolis.

I didn’t have access to all of the happenings. I know for sure that there has been some kind of special group working around reviving Templar ceremonies, that some people had some kind of special connection with the Fair Folk, and that there was even an underground sub-society working with some sort of Hecatean mythology. There have been more for sure, but I wasn’t really that connected to find out before the happenings suddenly stopped.

That, until I came in contact with the guy, informing him that I was involved in an initiative called “Trust in Play”. He wasn’t only ecstatic to find out, but he also sent me a great amount of modules and how-to’s to replicate some of the events he did. I am not sure if I will actually go on with the idea, but well.

To be honest, my main concern is that…
I am still not certain if all of them had been games, or something more. Would it be safe to bring that sort of things back?