Hello everyone!
I can’t believe it! But the Tournettes are spinning! Well accepted and always busy in front of the JUMPHUB (6) and in the Pocket Park (3). Children ask for more, it seems we do not have any other option than searching for new funds to build them

The context of Ouagadougou was crucial, while I was thinking about the trust in the society and urban game design. I wanted to develop something non-ephemeral, something playful but sort of permanent as well, something serving as a trace of the trust. Of the trust and interest.

In Ouagadougou, the sun and dust are harsh and the temperature above forty degrees makes people stay protected in the shade and save energy. But that does not mean that the city is stagnating. Ouagadougou is a city that spreads invisibly with lightning speed. It faces the challenges (“inequalities”) in different areas such as sustainability of urban life, education, social equality, emancipation, democracy, peace and stability. Like most African capitals, Ouagadougou is undergoing a complete transformation. It is evolving!

The local youth faces social and economic injustices, theoretically attributed to poor governance, urban poverty, neoliberal development policies and political insecurity. The lives of many urban youth are dominated either by work or by the need to find work. In Burkina, one of the strongest means of expression and also education is culture and art. With my partner, with unlimitedJCA and with the whole creative collective JUMP, we seek to raise awareness of young people to participate in the development of the country through creativity, to engage urban youth to identify problems and to empower them to develop innovative and creative solutions.

That´s why the Tournettes were designed in Ouagadougou, with and for the collective JUMP, which stands for “Jeunesse Unie pour un Mouvement Positif” (Youth United for a Positive Movement), a cultural association, within the frame of their project called Pocket Park.

The model for Pocket park TiP installation has developed - from turning “stepping stones”, to spinning poles with shades and sitting plates. The positions of shades and sitting (or stepping) plates were supposed to be off-centre – this would allow the structure to be different every single turn and people might explore (individually or together) the spinning system so that they can sit closer or create more shade when turning the poles in specific directions. Finally we opted for axial symmetry that guarantee the stability of the structure.

The circles are inserted for the “safety” reasons if anybody wants to stand up and hold the pole when turning. But it symbolizes also the windows-channels in between people sitting on the same plate. When testing we realised the same circles are used by users to lean on in very comfortable manner when sitting. 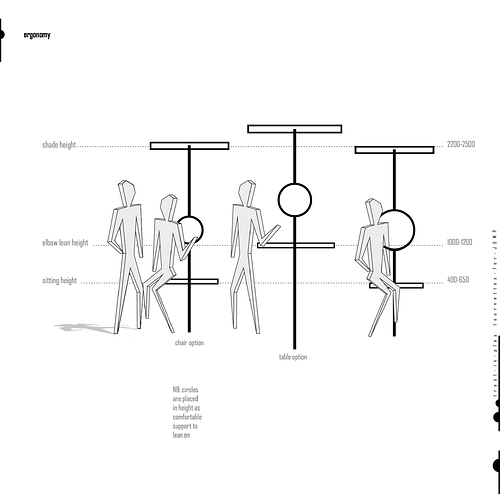 The position of individual poles is very free. Initially I was thinking about a feature linked with local texts or signs (when the plates are turned into a specific position, a person might read a message - maybe something linked with the hiphop culture, in which JUMP is very active). It is not developed yet, but as the tournettes are already installed, it is just the question of time to add it there.

We have placed in front of the JUMP HUB where we actually needed to install some simple system of benches and reading cabinet since last year. 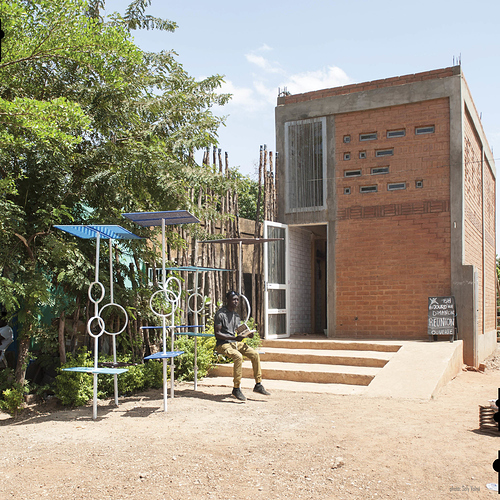 We have placed six of them here, and 3 tournettes of “fitini” version to the public space of the Pocket Park. 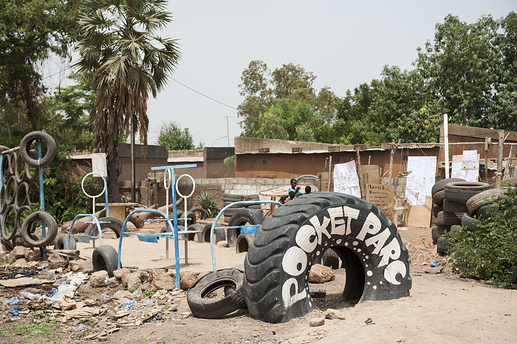 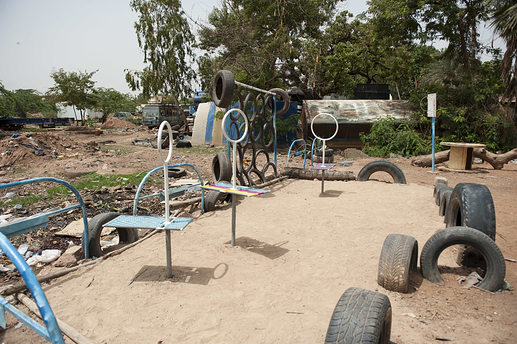 Well, there were many, but the majority was related to management and schedule troubles combined with local climate - nothing that we couldn´t have overcome with a bit of time and patience. I feel very grateful to everybody who participated in the process. The regular video meeting with the Nomad branch were very helpful and motivating.

The Tournettes got developed during the training process of Trust in Play, the European School of Urban Game Design, funded by Creative Europe, within the Nomadic Branch. This mentoring allowed to playfully explore new relationships of trust in cities and in Ouagadougou particularly. 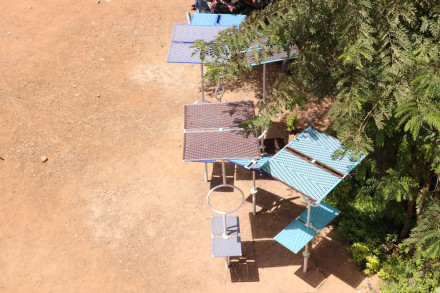 Trust in Play – Tournettes for JUMP

An alternative urban furniture, a spinning chair, mobile shades, playful permanent structures not necessarily considered as playgrounds, designated for everybody regardless of age. The swivel mecha…

Sooo good to see the Tournettes alive, loved and spinning! They bring so much joy and spontaneity to something as practical as having a place to sit. Well done!

This project turned out so great! It looks like so much fun