Here is a great toolbox for facilitating group workshops, for smaller or larger groups.
by Seeds for Change, a UK co-op devoted in community empowerment, collective decision-making, and activism. They do provide their paid facilitation and consultancy services, but they have also released a range of handbooks and publications for doing it yourself! Highly recommended! 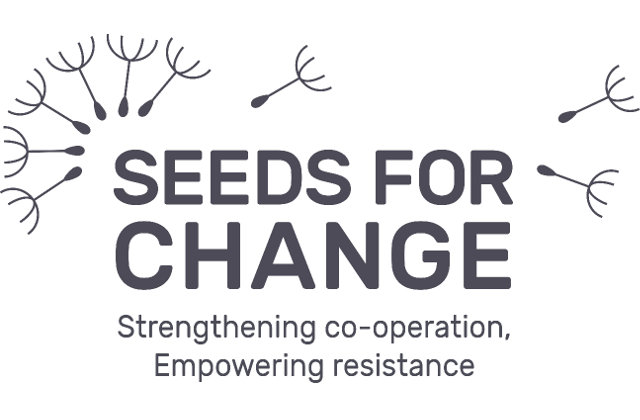 Facilitation Tools for meetings and workshops - Seeds for Change

A compilation of tools and techniques we find useful when working in groups and facilitating meetings or workshops.

Another toolbox, emerging from the post-counter-culture tradition of Radical Ecology, Permaculture & Feminism, with a tad of New Age Spirituality: “The Five-Fold Path of Productive Meetings”, by Starhawk.
Emphasis on non-hierarchical structures. 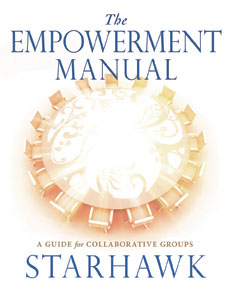 A Guide for Collaborative Groups by Starhawk Jump to: Your GIFT: "The Five-Fold Path of Productive Meetings" Order Your Copy A Peek Inside Collaborative organizations have the unique potential to harness their members’ ideals, passions, skills,...

Another TiP-tested group-work methodology is the so-called Mastermind Group.
A very old peer-to-peer mentoring and problem-solving framework, studied and coined as MasterMind Group by Napoleon Hill as early as 1928. According to Hill, early forms of MM Groups contributed to the success of great American tycoons, inventors and politicians, such as John Rockefeller, Henry Ford, Alexander Graham Bell, Thomas Edison, Theodore Roosevelt, among other Monopoly© characters.
(You can find the book here: https://www.pdfdrive.com/the-law-of-success-e18530375.html).
Nowadays, numerous companies provide their consultancy and facilitation of Mastermind Group services, as business elevation strategies.

TiP’s dearest UrbiLudi made use of MM methodology, and their member, Konstantinos Kekkas (also president and CEO of Creators of Cosmos S.M.P.C.) was happy to contribute a few lines about their experience with it:

Being part of a group that had to deal with distance and time, in regard to our meetings management, we went back to the basics, using a tool that has long been identified for its results and successfulness. That is no other than the “Master Mind” methodology as introduced in 1928 by Napoleon Hill in his book “Law of Success”. Transformed accordingly to fit our needs, the version used has been created in 2011, and has helped us identify three major pillars of success:

The level of mutual support achieved between the group members, has been an experience of a lifetime that we all value greatly. We realized that “matching” with other professionals didn’t mean we were all alike in terms of professionality, studies or/and mindsets. In our case it helped us realize that our effectiveness and contribution was related to other people’s knowledge and experience.

The group met, virtually, and in the first meeting we introduced the methodology, discussed its benefits and voted on the tool’s usage. After having established the ground rules, accordingly to the guidebook, we design our meetings in terms of being able to identify the: progress, obstacles, requests for input or support, and commitments of our group members. The process followed a set agenda, have been recorded for future reference, and facilitated as agreed. The meeting duties were shared equally by all participants. Because of the project’s nature, we were highly motivated to achieve a great deal, thus we decided to meet frequently (at least one per week), realizing that anything less would not serve the group as little momentum and accountability would have been established. Regarding consistency, we decided to have a constant date/day and time for our meeting. At this point we should clear something out of the air. As each group has its own “flavour”, and whilst the style and focus of the group may vary, our group dedicated itself to the production of the game. Nonetheless, we should highlight the fact that other groups may use the tool, for example, to focus on supporting a member in a specific area, focus on results or/and the journey. The tone of the group may be serious or playful, and of course in our case playful it has been, thus using appropriate tone and approach to help us all achieve the results we were committed to. Another issue for us to deal with, were the necessary adjustments for the tool to serve our needs, and we strongly advise you to do the same if things aren’t developing the way your team planned. As realized by now, in many cases as well as in ours, we managed to develop a structured procedure, yet again showcasing flexibility and responsiveness to the needs of the group and its members. What matters was that we all manage to achieve consistent and powerful results both for each member as for the group in total.

If anyone knows if it is okay to use “Monopoly©” this way, I would love to keep it, cause I am lmao’ing myself since I devised this joke.