Sharing CLOSER TIES with a wider audience here has been a valuable experience.

We organized two events online because of a) the nature of the beast that is CLOSER TIES happens in Mozilla HUBS and b) though we are able to gather in small groups privately, it was hard to imagine how to do a meeting/presentation scenario with our game. (I had some dreams of a good ol’ fashioned LAN party…)

One event was for people from the Nova Scotian theatre industry and the other was for contacts we have in the gaming community. The theatre group jumped on board a lot faster! We think that could be because we have met more of them in person and perhaps the technology involved is a bit more novel to them (it’s nice to visit spaces that are NOT Zoom?!)

Some changes for the community event included beefing up our tutorial room with updated instructions and bringing on an extra host, Marina Vidal of Interactive Society Nova Scotia, so we could offer a well-rounded experience. (see the Olive in the photo below!) We had the gamut of participants, from experienced VR streamers to first timers. There was one player who just couldn’t join us due to how old their laptop was but creativity was still flowing en masse! When players were asked to build and remake the park, dogs were a prominent theme. As soon as players learned how to bring gifs into the world, Nick Cage was everywhere. We even broke the sky at some point?!! (check the dark red sky photo!)

All in all a great experience for both us and players - it generated some new interest in the project and we have some tentative plans to recreate a Nova Scotia space for a Season 2 of CLOSER TIES!

Hope you are all well,
BAGEL+BALLOON 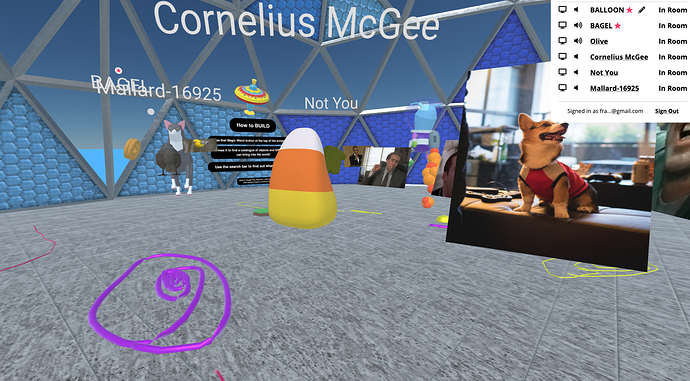 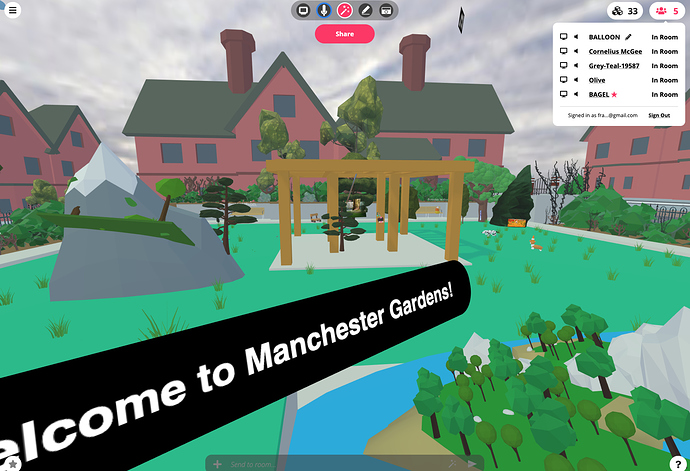 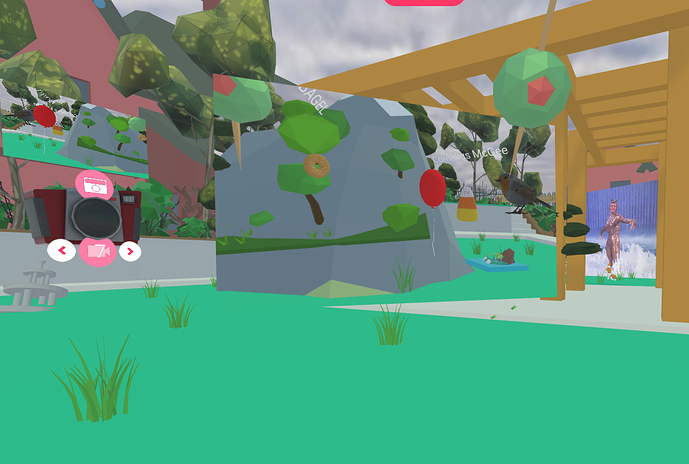 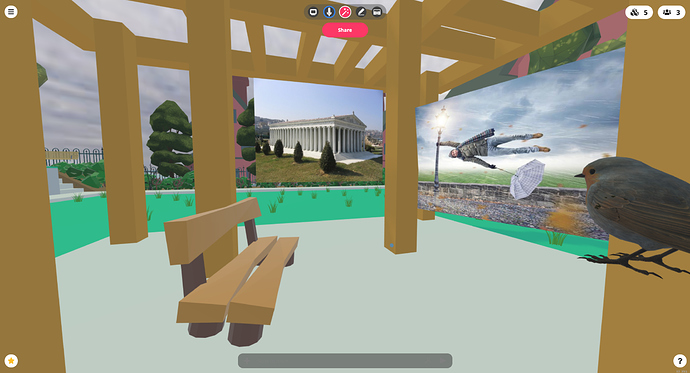 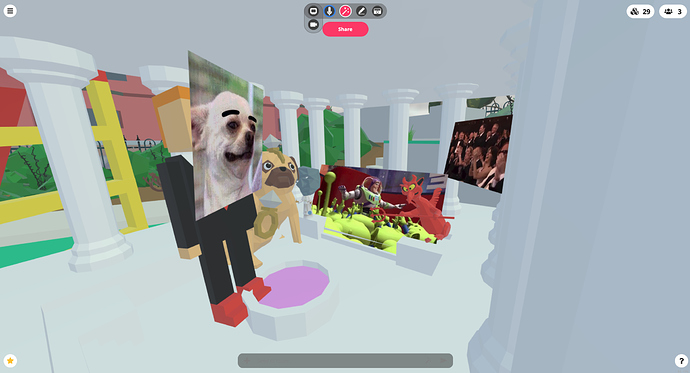 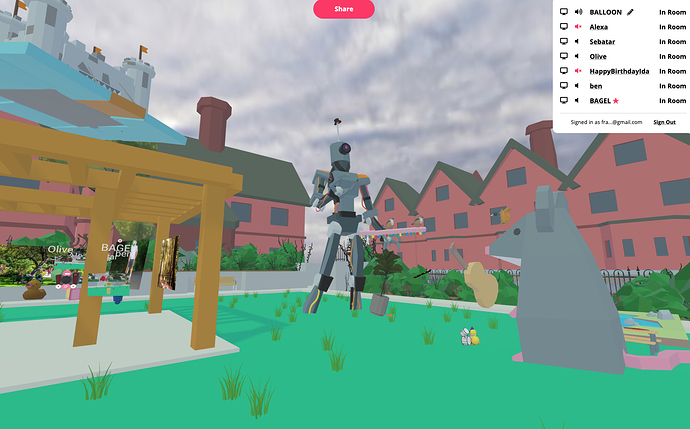 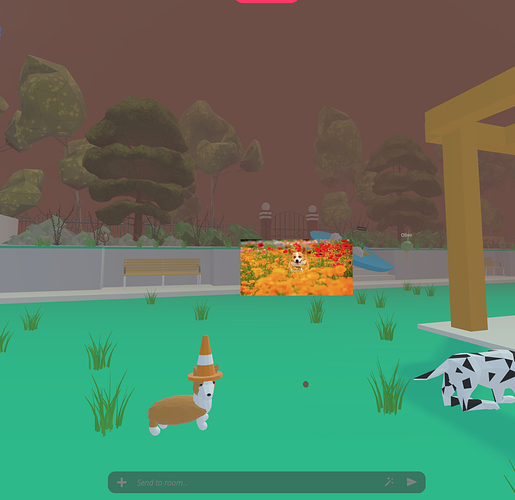